The idea mooted by the American Jockey Club (AJC) that the number of mares visiting each stallion in North America should be capped at a maximum of 140 has been reported extensively. New valid viewpoints, commenting from numerous different angles, are arising continually

Not least, there are potential commercial, welfare and genetic aspects that are open to commentary. The specialist area of Thoroughbred Genetics Ltd (TGL) is genetics and comments from this source are restricted to that aspect.

From a genetics point of view, monitoring of inbreeding should always be of interest and it’s  laudable that the AJC recognise the role played by this important genetic phenomenon.

Since its inception in 2000, inbreeding management is something that this company has been concerned with.  The term ‘inbreeding’ naturally implies a narrowing of the genepool and as a consequence, the negative connotations often take precedent. It’s important to note that maintaining genetic diversity and breed improvement are not always the same thing. Certainly, maintenance of genetic variability is often the basis of survival for wild species but on the other hand, the foundation of a distinct breed like the Thoroughbred is based on inbreeding applied concurrently with selection and culling of unfit individuals. 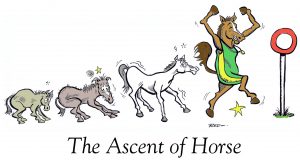 Thoroughbreds are expensive animals and have relatively long time periods over which progeny are assessed, so it’s not always possible to apply sound principles of animal breeding. This means that the average owner has emotional and/or commercial difficulty culling sub-standard females on a practical basis. In other, ‘lesser’ species or breeds it’s a lot easier. Obviously male Thoroughbreds are indirectly culled in that only the most successful track performers go forward as stallions. The upshot is that the ‘genetic load’ (essentially the genetic problems associated with a breed) is probably propagated by a largely unselected female population.

There is a caveat to this in that the Thoroughbred population, in which there are essentially tiers of breeding and racing, is a bit like levels of football – high school, college, NFL etc. Those playing in the top league, like the Aga Khan or Juddmonte have access to and manage their genetic material at higher levels and they are able to select their mares. The way inbreeding affects their sub-populations will be different to how it affects those of others. And of course, they are able to cull or discard their ‘lesser’ stock, which are then assimilated back into the greater Thoroughbred genepool by smaller breeding operations where they may be outcrossed to less fashionable, potentially more genetically diverse stallions and genetic heterogeneity is restored and deleterious genes masked again. It could be that the tier of overcovering (at the upper end of the market) is actually fixing improved genetic combinations because ‘breeding the best with the best’ is doing so.

A paradox is that advances in veterinary medicine and medication ensures that positive selection in Throughbreds is reduced. The ability to correct conformational defects, wind problems and bleeding removes the need to select for soundness in these areas. For instance, acceptability of Lasix use could be questioned on this basis. Any genetic effects, inbreeding or otherwise, can be masked under these conditions.

However, the half of the breeding equation that is, at least, partially ‘selected’ (the male half) is where the Jockey Club is voicing inbreeding concerns. As an individual stallion produces more offspring than a single mare thereby having a greater effect on the genetic flux in the population, this may be logical and practical.

But is this the only area where a problem exists? If we are talking about an increase in inbreeding coming about through the properly generally more selected half of the breeding equation, which is possibly sounder and more successful does it matter? If the ‘better selected’ animals are being used more regularly could that be a good thing? Is this actually a form of breed improvement? Is ‘Overuse’ of certain better quality sires a form of selection that could, theoretically, be positive. Are stallions that are less frequently used sometimes overlooked because of conformational issues or other undesirable characteristics? Would forcing breeders to choose these stallions be detrimental? 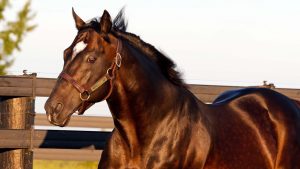 Will restricting the books to 140 have any positive effect? In 2018 there were 43 US stallions covering more than 140 mares. Restricting their books to 140 would have meant that an average of around 28 mares per each one of these stallions would have required  ‘relocating’, amounting to only 1167 mares. Presumably these would have been sent to other popular stallions, bringing their books up to 140 also.  This would be enough to bring the next 50 odd stallions in the list up to 140 but they are already covering books of 100+. So would redistribution of 1167 mares affect inbreeding levels at all? As it stood in 2018, is over 7000 mares being bred to 43 relatively diverse stallions a problem? 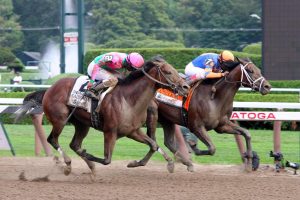 Logically, if there were a cap of 140 mares per stallion, the likely beneficiaries would be the sires slightly further down the list. There are different parts of a pedigree than can be considered but for simplicity, we can briefly look at the sire lines of those stallions cover 140+ mares (42 of them) and the next 42 on the list. In terms of sire line diversity there doesn’t seem to be too much difference. 16 different 3rd generation sires are represented in the top group and 17 in the lower. The common Seattle Slew/AP Indy configuration appears 8 times in the top group and 9 in the lower. The Mr. Prospector/Unbridled line is represented 4 and 7 times, respectively and Storm Cat/Giant’s Causeway 2 and 5. If anything, the group covering fewer mares appears less genetically diverse. ironically, the main casualty in both group appears to be non-Storm Cat Northern Dancer line sires.

Looking through the list of top US stallions might indicate that some sires receive more than their fair share of mares. Pertinently, the pedigrees of some sires may be more ‘off the wall’ (and actually beneficial to outbreeding and maintaining genetic diversity) than others. A blanket rule based on  capping might seem to lack some objectivity. Moreover, restriction in the absence of selection pressure on the basis of soundness (if that is the concern) would not be partcularly effective in improving the breed.

An alternative approach might be to restrict on-paper inbreeding on horses bred any closer, for example, than 4×4 or 3×3 to any recent ancestor.  That may cause an increase in genetic diversity but would remove choice and breeding ‘artistry’. Horses like Enable (3×2 Sadler’s Wells) would be obvious casualties. It’s important that breeders have freedom of choice of stallions and in fairness, their breeding habits tend to level out over time and they do pay attention to outcrossing (even if based on pedigree), which tends to keep a lid on too much inbreeding.

Other, more objective approaches could be applied to improving the breed. For instance, official conformational scoring of stallions or limitation of breeding for horses with a limited number of starts (a possible marker for unsoundness). As always, freedom of choice and practicality needs to be considered and book restriction is an obvious choice and it can be seen why the AJC might consider this. 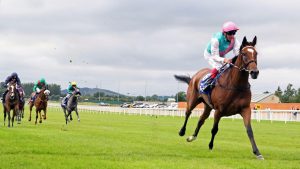 At TGL, we have been carrying out inbreeding assessments by DNA analysis for 20 years. We see horses that are highly inbred, medium inbred and very outbred. The highly inbred horses are frequently more inbred than their pedigree indicates.

Excessive inbreeding appears specific to individual horses rather than the breed as a whole and this is when planning matings becomes even more important. The pedigree does not always reflect the true level of inbreeding and some horses that appear highly inbred on paper are not when we apply DNA assessments testing molecular based inbreeding. The reverse is also true.

A better indication of the level of inbreeding of a particular horse is provided by use of DNA analysis to measure gene duplication. Inbreeding leads to an increase in homozygosity (gene duplication). Inbreeding is the best way of fixing consistent, positive genetic characteristics but only if duplication of the less desirable ones is avoided.  It is possible that this is happening in the elite sub-populations at the top end of the market.

Using DNA markers we have been able to determine that there is an optimum amount of gene duplication that occurs in the best performers and this also varies according to stamina range. Too high inbreeding causes negative effects and too low, a lack of positive fixation.

Inbreeding is beneficial but only when applied under appropriate  circumstances. Through use of DNA assessment a clearer picture can be obtained of how close this can be carried out and whether it should be avoided or increased.

It is frequently suggested that an increase in prevalence of syndromes such as OCD could be due to increased inbreeding. It is possible but it could also be due to a domino effect from nutritional, feeding, supplement or drug use trends or better detection methods. Although we haven’t looked at specific veterinary aspects in relation to molecular inbreeding, we have noted that the more outbred horses tend to have more starts, which might be perceived as a function of soundness.

A lot of questions are raised. There are a lot of bases for the AJC to cover and it’s difficult to please all parties with interests. It is a positive step for the AJC to be protecting the breed and it’s obviously based on necessary praticality but two significant questions exist genetically:

Is there a defined demonstration that inbreeding in the breed as a whole is the main problem and not the way animals are selected and culled?

Would the proposed plan alone prove to be a solution and is it sufficiently objective – scientifically and mathematically?