Congratulations to Tony (RAH) Evans on the breeding of Klassique.

Klassique (b f Galileo X Chachamaidee 2015) – a 300,000gns Tattersalls Book 1 graduate – already had a French Group 3 second to her name at the end of last season.

She also went close with another second in the Listed Daisy Warwick Fillies’ Stakes at Windsor last month. 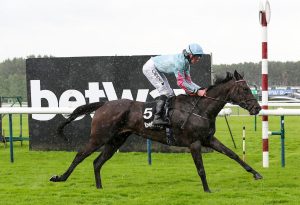 Going one better at Haydock today, She provided a 193rd Group winner for her sire, Galileo, as she powered through the mud to land the Group 3 Pinnacle Stakes. She is her dam, Group 1 winning Chachamaidee’s first runner.

Owned by Miss Yvonne Jacques’ Carisbrooke Stud and trained by William Haggas, she showed determination to land her first blacktype win under Daniel Tudhope in beating the odds-on favourite True Self by a comfortable 3 lengths,

Dubawi half-sister – Narak (2016) in training with George Scott – is due to make her debut at Newbury next week..